For Fortid 1/2022 «Rus» Fortid has interviewed  Katariina Parhi, who is a historian of Science and Ideas at the University of Oulu in Finland. In her work, she has focused on the history of psychiatric epidemiology, the history of birth cohort studies and on the impact of changes in research ethics on epidemiological knowledge-production. She is also interested in psychiatric interpretations of drug use in the 1960s and 1970s. In her PhD thesis, she studied the history of psychopathy in Finland. We were particularly interested in hearing more about her insights on psychopathy and historical understandings of drug use. 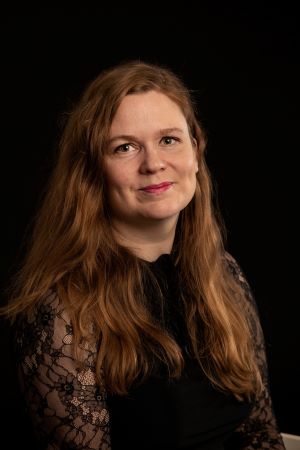 Already as a child. I think I have always been curious about the world but at the same time, I sometimes feel that the present is a bit overwhelming. I see history as a way to try to understand the world by studying the past.

What turned your attention to the history of psychiatric epidemiology?

In 2019, I started working in a project that focused on birth cohort studies and epidemiology as a form of knowledge-production. Psychiatric epidemiology was one of my areas of interest because I have studied the history of psychiatry since I started my PhD research. I spent some years working in a games company and came back to the academic world when I heard there was a new focus on the history of madness in my university. There is still a strong focus on medical humanities at the University of Oulu, although I now work in Tampere University. I am still very interested in psychiatry, although I try to elaborate and see the bigger picture, the division of work between different institutions, and the way “deviance” has been understood and handled in society over time.

I am in no way an expert on epidemiology, though, but it has been very useful to get a better understanding of epidemiological thinking. My part in the project ended in 2021. The biggest achievement in the project is a forthcoming book titled Historical Explorations of Modern Epidemiology: Patterns, Populations and Pathologies. The book will soon be submitted to the publisher.

Much of your research have focused on the psychiatric category of “psychopath”. When we think of psychopaths today, we might think of Ted Bundy or American Psycho. What images would come to mind were we to say “psychopath” a hundred years ago?

I would like to give two different kind of examples. One would be something similar to Ted Bundy to remind us that psychopathy has a long history which resembles the way we understand psychopathy today. Another example would be a do-gooder, someone attempting to make the world a better place. Many people might find the latter example confusing, but it gives a sense of the variety in the use of the diagnosis. Typically, a do-gooder was someone who committed a crime while following the ideology. The crimes varied from political treason to arson and murder. The diagnosis of psychopathy was defined as deviance of emotions, drives, and volition, which explains a lot about the different uses.

In all honesty, it would be best to portray a more typical “psychopath”, perhaps someone who committed petty crimes and was annoying to others, someone less dramatic than a serial killer. Exceptional cases get the most attention, but do not represent the majority.

Exceptional cases get the most attention, but do not represent the majority.

Normalcy as it relates to health is a central theme in your dissertation. Particularly in the way the abnormal appears as a threat to society requiring intervention. How were the borders between what was considered normal and abnormal drawn? What common denominators existed among the various categories of psychopathy making them abnormal? Why did one need to intervene against these abnormalities? Why did the use of psychopathy as a diagnosis for social control fall out of favour?

Breaking the law was obviously an easy way to define threat. More often than that, the borders between normal and abnormal were drawn first on the local level: by the family, neighbours, schools, and workplaces. Of course, there were also people who represented social control, such as policemen and social board members – sometimes they played an active role.

One of the common denominators that defined psychopathy was something that the German psychiatrist Kurt Schneider stated in the early 1920’s: a psychopath is someone who causes suffering to either self or society. Intervening was thus an attempt to reduce suffering. The use of the diagnosis of psychopathy was discarded because it was perceived as unscientific. It surely was used in arbitrary ways, and it was most definitely stigmatizing. This is not uncommon in the life course of diagnoses!

The use of the diagnosis of psychopathy was discarded because it was perceived as unscientific.

Is the use of the diagnostic categories of “psychopathy” country specific, tailored to the needs of the community that defines them, or is this a uniform phenomenon across a larger cultural sphere? In other words, was the use of the “psychopathy diagnosis” in Finland particular to Finland, or a product of its time more generally?

The answer is both: there were elements specific to Finland, such as the use of the diagnosis in explaining the Civil War in 1918. The diagnosis was used in explaining the behaviour of the Reds, the losing side of the war. This was a way to promote social order and reduce distrust between social classes after the war, but the use also shares similarities with that in other countries, such as Sweden or Germany. There were also other diagnoses which were used for similar purposes.

The various psychopathy categories were based on an understanding of various types of deviant behaviour, and thus functioned as a justification of intervention against these individuals. Did the vague concept of normalcy remain static throughout the period? If not: How and why did these categories change over time? What ended this use of psychopathy as a category describing deviant behaviour?

I don’t think the concept of normalcy is ever static! The diagnosis of psychopathy “changed” a couple of times due to changes in international classification of diseases. In Finland, the changes took place in 1931 and 1954, following the International Classification of Diseases 6 and ICD-8.

The diagnosis of psychopathy was discarded in 1969, but this concerns Finland only, as the process (and use, as well as meanings to an extent) was different in different countries. There are still diagnoses used for defining behaviour that others (or the person in question) find deviant. Personality disorders are a good example.

You have written about “new” drugs and their use in Finland around the 1960s and 1970s, partially exploring the pessimism and disillusionment towards society felt by institutionalized drug users. Are there any similarities in how drug use has been pathologized, and the pathologizing, by way of the term “psychopaths”, of the so-called deviants of society, as seen in your earlier works?

On a more general level, there were some academic discussion about discarding the diagnosis of psychopathy, beginning in the 1940’s. The discussion concerned discontent about the stigmatizing and unscientific way to use the diagnosis.

Many of the individuals you study, “deviants”, have had their emotional life pathologized in their own time. What are the challenges for a researcher when trying to understand the emotions of people whose emotions have already been analysed and defined in their own time, often by others?

One of the necessary compromises is to give up the idea that I can find out and understand what the so-called deviants really felt. In unfavourable situations, people tend to hide their emotions and lie, which makes it even harder to trace the “truth”. I am very excited whenever I find sources which have been written by the “deviants” themselves, but even then, I have to think about the reasons why such sources exist, in other words, what was the purpose for writing them and to whom they were written. Despite these restrictions, there is a lot to learn about past emotions, be it emotions felt by the so-called deviants or those who lived and interacted with them.

Any advice to young students of history?

I would advise to collaborate with others. Independent work is also important, but sharing successes and failures at times makes academic life more fulfilling.

What are you currently working on?

I am finishing a book on the development of drug treatments systems in Finland in the 1960’s and 1970’s. I have also started a new project on correctional labour facilities, which basically continues my previous research interests, but focuses more on social history and historical criminology.